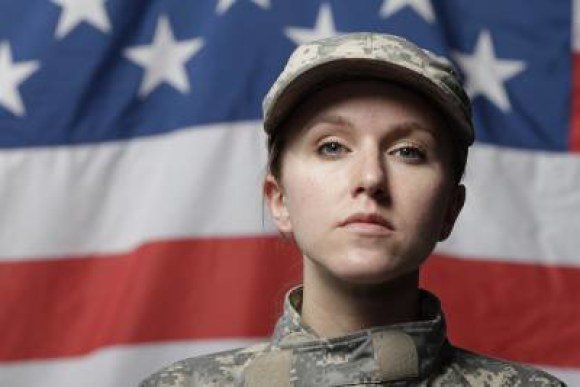 Armed Forces Day will arrive soon!  Ever hear of it?

No, it is not the same as Memorial Day. Memorial Day, celebrated much later this month, honors and remembers those who died while serving in the military.

Instead, Armed Forces Day was officially created in 1949, long before you were even a twinkle in your parent’s eyes. This distinctive event recognizes the heroes of our Armed Forces that are currently serving to protect all our freedoms.

Every branch of the military is honored on this single day which takes place on the third Saturday in May.

In gratitude and deep appreciation for our men and women serving throughout the world, we want to divert your attention from engaging in your video war games.  We request that you put down your game controller and allow us to share some of the unique and famous quotes from prominent Americans who actually served in our militia.

Interestingly enough, most of these citations have relevance to our everyday lives and our daily careers.

Failure IS an Option
For example, General Colin Powell, former Secretary of State is quoted as stating, “There are no secrets to success. It is the result of preparation, hard work, learning from failure.”

This applies not just to the army….every successful business executive endorses the same concept.

In fact, billionaire and philanthropist, Warren Buffet celebrated 50 years at the helm of Berkshire Hathaway this month.  He revealed during an interview that he “never worries about making mistakes.” He went on to say, he knows he will make mistakes…no one is superhuman.

Do Unto Others…
Another famous general, Norman Schwarzkopf, is quoted as saying, “The truth of the matter is that you always know the right thing to do. The hard part is doing it.”

And in a world where corporate officials are caught embezzling, lying to the public and acting downright evil, General Schwarzkopf’s wise words have meaning not just to our soldiers, but to each and every one of us.

Acting with integrity and honor is something our service men and women do every day.  Those involved in business should heed their example.

Follow the Leader
The 35th President of the United States, John F. Kennedy served in the Navy during World War II and was severely injured while commanding the Patrol Torpedo Craft (PT) USS PT 109.

Although a multitude of famous quotations are associated with his life, he intelligently declared, “Leadership and learning are indispensable to each other.”

Acquiring the demanding skills to be an effective manager never really ends.  In any position, in any organization, willingness to learn from every person you encounter is a prerequisite.

Career Choices
When it is time to choose a profession, nothing is nobler than serving in any branch of our magnificent military.

But if enlisting or attending West Point, the Naval Academy or other military based institutes of higher learning to train to become an officer is not your desire, there are hundreds of other options.

A good place to start is Monster.com.  Monster guides those seeking work to find job openings that match their skills and location. Monster.com is one of the largest job search engines in the world and can become your best friend in searching for an inspiring profession in the working world.

Final Thoughts
So to quote Admiral David G. Farragut, “Damn the torpedoes, full speed ahead” and make your career your passion and you’ll never work a day in your life.

Happy Armed Forces Day with deepest gratitude to the members of our military and their families.