PromoCodesForYou was launched in September of 2011 as clean and simple alternative to the hordes of coupon sites that are cluttered with irrelevant ads, useless features, and user-submitted deals that rarely work.

PromoCodesForYou is owned and operated by Meredith Corporation.

PromoCodesForYou partners with online retailers big and small to drive sales through a network of coupon sites. They house a seasoned team of data-driven affiliate marketers with extensive experience promoting coupons and deals through Search, Social, Email, and Placements. 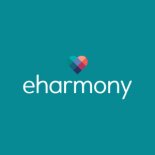