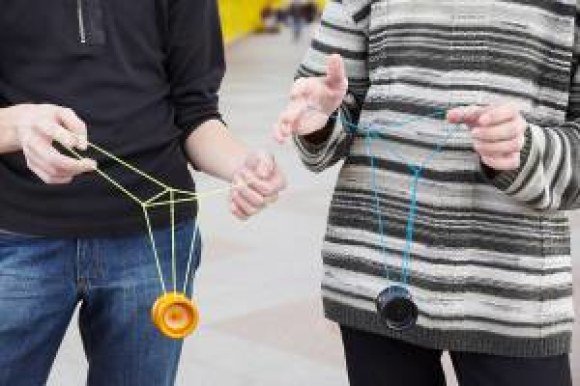 7 Silly And Weird Holidays To Enjoy

Check out these weird holidays and how you can celebrate them!

You are certainly familiar with holidays such as the Fourth of July, Veterans Day and Thanksgiving.  But did you know there are fun, funky and unusual holidays celebrated all year long?  You may not have heard of Fragrance Day, Submarine Day or Waffle Day, but they do exist. Read on to learn more and chuckle over these weird and obscure holidays.

This day is hailed as the annual occasion to celebrate the mighty and mysterious submarine boat. This date was chosen since the United States Submarine Force was established on April 17th  in 1900.

Submarines have primarily been used for offensive military purposes throughout the twentieth century. During World War I and World War II, they were used to sink enemy ships. Today, submarines are also used for their ability to go deep underwater have to make it possible for scientists to research marine life. These sturdy vessels are sometimes used for underwater tourism. Most present day submarines run using by nuclear power.

Yet, one of the most popular submarines is entirely fictional.  The whole world loves the Yellow Submarine, written and recorded by the floppy haired rock group, the Beatles.

Enjoy Submarine Day by watching movies featuring these underwater vessels such as the “Hunt for Red October” or the classic “Run Silent, Run Deep.” If you live near a naval museum, take a drive to see a submarine on this day and go aboard for a tour.  Not many of us could live in such confined quarters.

Star Wars Day is May the Fourth, due to an incorrect interpretation of the famous quote from this hugely popular science fiction series blockbuster is "May the Force (Fourth) be with you."

The story goes that in 2005, a German news television channel erroneously translated this famous Star Wars quote "May the force be with you", as "We are with you on May 4th". It is entirely feasible that if this error had not occurred, someone, somewhere would have created this day.

Some of the great ways to celebrate Star Wars Day include:

• Watch any of the great Star Wars movies

• Better yet, have a Star Wars marathon

• Have a Star Wars costume party

3. International No Diet Day - May 6th

Created by Mary Evans Young in 1992, International No Diet Day encourages each individual to appreciate the body they have without judgements or misgivings. It inspires folks to recognize that each of us is unique and people come in all shapes and sizes...and that is exactly how it should be.

Ms. Young is the director of the British group "Diet Breakers". After personally experiencing anorexia, she worked to help people appreciate themselves for what they are, and to be thankful for the body they have.

Flip a Coin Day is day when making decisions is as easy as flipping a coin.  This tradition dates back to Julius Caesar. Caesar would take a coin and flip it to make decisions where the right choice was unclear.

Celebrate this day by, you guessed it, flipping a coin and using this method for making all decisions today.

Yo-Yo day is June 6th and provides an excuse to play with this favorite toy all day long.  Wherever you are on this day, get out your yo-yo and impress your friends, family and co-workers with your yo-yo skills.

• Three U.S. presidents (Kennedy, Johnson and Nixon) showed off their Yo-Yo expertise while in office

• The classic Yo-Yo was made wildly popular in America by businessman Donald F. Duncan, Sr. He manufactured the "Duncan Yo-Yo" in the early 1900's.

• In fact, June 6th is designated as National yo-yo Day in honor of the birthday of Donald F. Duncan, Sr.

• The world’s largest yo-yo weighs 256 pounds, and is on display at the National Yo-Yo Museum in Chico, California

• In 1992, astronaut Jeffrey Hoffman took a yo-yo into space aboard the shuttle Atlantis

This scrumptious holiday celebrates the patenting of the waffle iron by Cornelius Swarthout of Troy, New York on August 24, 1869.

But the waffle has a much richer history.  The waffle dates back to the 1300s in Greece. Greeks cooked flat cakes between two metal pans. At the time, they topped it with cheeses and herbs. Pancake syrup wasn't around back then. Although waffles are commonly eaten as breakfast or a snack they also make for a creative dinner item.

On National Waffle Day try a unique topping or use your overcooked waffle as a Frisbee to celebrate this yummy holiday.

We’ve just past the annual celebration of Fragrance Day, one of the best smelling holidays of the year that corresponds to the beginning of the spring season. Research reveals that fragrance and memory are powerfully linked.

Historians remind us that perfumes have been in use for hundreds of years. In ancient times, they were used to hide body odors since at the time, baths were infrequent. Plan for next year’s Fragrance Day by watching Scent of a Woman  and by purchasing perfume or cologne.

We realize many people will consider these holidays a bit of nonsense.  But life needs a bit of levity. Celebrating Fragrance Day, Submarine Day, Waffle Day and other unique occasions keeps life full of joy.