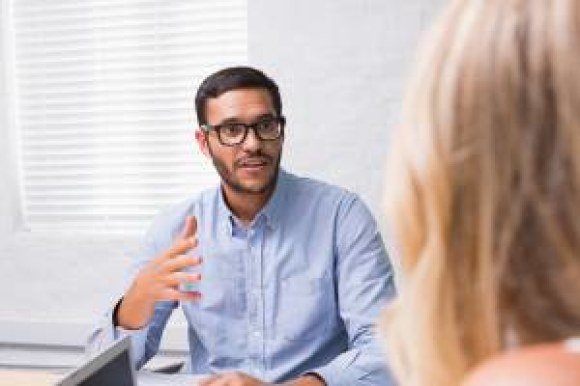 A Job Interview is Not a Reality Show

A just-released reality television show just premiered on the airwaves.  This new hour long program snatches individuals right off the sidewalk with a philanthropic motive at its core.

These folks on the street are clothed in some of the zaniest wardrobes (think Little Orphan Annie on steroids).  Once captured, the hosts provide a head-to-toe makeover.

But prior to being humanly remodeled, the captured individual in costume-like garb is paraded in front of complete strangers.  Each judges the bizarrely dressed person as to whether they would potentially have any credibility in the work environment.

We don’t need to tell you how they respond.

It is a ridiculous set-up which has absolutely no resemblance to reality.  Nevertheless, it clearly validates the impact of a first impression.

Making it Right
We’ve all heard “You never get a second chance to make a first impression.” This is especially accurate when appearing at a job interview. For this significant event, it is imperative that you dress the part.

It’s implied that you should dress appropriately for the position, but not be overdressed. In today’s work environment, “business casual” is often the norm.  After all, if you are interviewing for a career selling surfboards, it would be absurd to show up in formal attire. Your potential boss’s first impression would certainly identify you as completely wacky.

Therefore, you will be required to do a bit of research to assure you fit in with the attire and culture of the organization.

In some professions such as finance and law, a dark colored suit is the assumed uniform of the interview. Remember, this is not the National Football League draft day. An ensemble that involves a blue plaid shirt with red checked shirt and mirrored glasses is unacceptable.

Careful…
It is essential that ladies be watchful for the over indulgence of facial make-up.  You are not performing on stage and false eyelashes are a “don’t do it” accessory on this occasion.

The same advice follows for flip flops.  Unless you have specifically been requested by your potential manager to don this rubber soled beach footwear, forsake these funky shoes and assure they remain stashed in your closet.

Gals, if you catch your potential boss staring at your ear lobes, it is not necessarily because he has an eccentric fetish.  This is commonly an issue when earrings are too shiny, too big and appropriate only for an evening whopping it up at a night club.   Check the mirror to guarantee your selection of necklaces, watches and bracelets are suitable.

Both genders should employ caution when spraying perfume or cologne. Too much of a good thing leads to a smell that can be overpowering.  The hiring manager’s watery eyes may be caused by your aroma and not a sentimental story.

Need more guidance? Your can refer to Monster.com.  Monster goes beyond a directory of jobs. Monster delivers stellar career advice relating to style and proper outfits for your interview.

You may not be able to “judge a book by its cover,” but appearance absolutely plays a role in how you’re first perceived.

First impressions count. Assure you make the impression to secure the job.