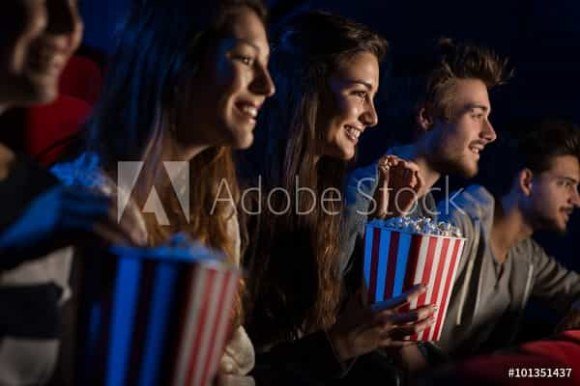 Click here for some films that are sure to create lasting movie memories!

For Hollywood studios, the time between May and August can make or break a year. That’s great news for us, the movie watching public.  This is when the very best blockbusters, kid’s movies, comedy movies and even action movies are released. Last year, the June release of Jurassic Park alone generated $1,670,400,637.

This summer, revenues may climb to levels unseen before with some of the hottest summer movies to be released in the heat of 2016. Here are some films that are sure to create lasting movie memories:

Disney presents The Avengers up against their fiercest foes: themselves. In the third "Captain America" film, a rift in the group has led the superheroes to pick sides between Team Captain America and Team Iron Man. Heralded by many to be the best Marvel movie yet, this blockbuster has off-the-charts hype.

This comedy movie sequel is riding the wave of love of the first "Neighbors" film that debuted in 2014 with the combined charm of Seth Rogen, Zac Efron and Rose Byrne. The original took in over $150 million at the box office and over 13 million have watched the trailer on YouTube.

Teenage Mutant Ninja Turtles: Out of the Shadows" (June 3)

Sure to be a favorite kid’s movie for a younger generation who is just getting to know these reptile superheroes, turtle power returns to theaters this summer with a new battle against new villains from the comics.

There are no two actors more on the rise than Dwayne “The Rock” Johnson and Kevin Hart, so pairing them together in a film makes is almost a sure winning comedy movie. This fun-loving buddy film could be a sleeper hit of the summer.

The most anticipated kid’s movie for this summer is coming in June! More than a decade after the sensation of “Finding Nemo,” the sequel is finally here and audiences can’t seem to wait. This projected hit picks up where Nemo left off: This time, it’s the lovably forgetful Dory (voiced by Ellen DeGeneres) goes on a journey to reunite with her family. "Finding Dory" was rated as the most anticipated kid’s in the Fandango poll.  That topped with the fact that the original is still a big hit with kids, merchandise for the sequel is already on shelves, and the trailer has over 22 million views on YouTube, Pixar is looking at another mammoth success on its hands.

Looking for something a bit more serious and intellectual? Summer movies do not disappoint. Academy Award® winner Matthew McConaughey bears an eerie resemblance to Newton Knight, the real-life Mississippi farmer in this rare summer war epic. The film follows Knight’s bold rebellion against the Confederacy in 1862 and his ensuing relationship with a freed slave.

Sequels are nothing new and twenty years after the first alien invasion appeared in this semi-action movie, the extraterrestrial horde is back to wreak havoc. This time around, the world’s got a high-tech space defense force and a new president (Sela Ward) to rally the troops

With promotional advertising featuring sports heroes to an avalanche of marketing promotions, this kid’s movie pulls back on what our furry friends really do when humans leave the premises. With cats, dogs, birds and a bunny voiced by the likes of Louis C.K, Kevin Hart, Ellie Kemper and Albert Brooks, expect this animated creature feature to be a colossal hit.

Expected to have a ginormous opening week, this Ranked anticipated summer comedy movie features an all-female cast in the reboot of the classic 1984 version. The hilarious trailer has been viewed over 28.6 million times, so there’s already obvious interest.

Based on a very true story, Breaking Bad alumnus Bryan Cranston crosses to the other side of the law (and wears a wicked moustache) in this '80s action movie thriller about a federal agent who goes deep undercover to infiltrate Pablo Escobar’s drug trafficking ring.

Action movies have not been forgotten this summer. The intrigue to see Matt Damon return as Jason Bourne is certainly high as he is lured out of hiding to tackle yet another CIA-related mystery. Bourne takes his one-man wrecking crew act on the road, eventually winding up in Vegas for an epic car chase.

Hoping to appeal to children with this kid’s movie, Disney reaches back into the vault to see if a reinvention of its 1977 live-action/animation hybrid can catch fire with 2016 audiences. The dragon is much less cuddly that in the original making its appeal to kids of a younger age questionable.

The emphasis is on action in this new action-comedy movie of the real-life bros hired by the Pentagon to arm U.S. allies in Afghanistan


And there you have it. Summer is serving plenty of specialty movies and Oscar bait with blockbuster action movies, films for kids and comedy movies. Grab you family and enjoy this broad range of movies and find some relief from the heat in your local theater.