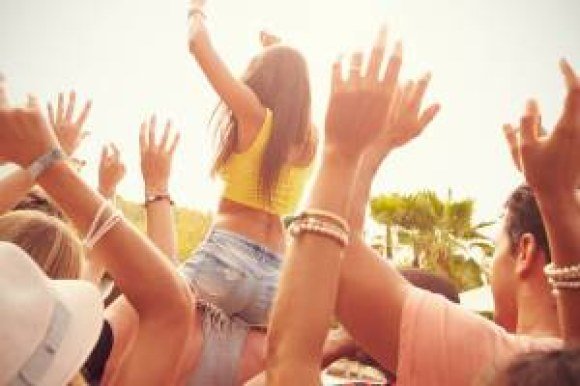 The impending pounding of The Coachella Valley Music and Arts Festival is about to erupt.  This extraordinary 2 weekend sight and sound sensation, known as “Coachella,” explodes every April at the Empire Polo Club in Indio, just outside of Palm Springs, CA and features a plethora of musical genres.  What started as a two day affair back in 1999 has blossomed into one of the most prodigious festivals in the United States.  Last year 579,000 people were in attendance and the event reaped $78.3 million.  The general admission tickets for this year sold out in a mere 20 minutes.

If you’re one of the lucky ones attending Coachella this year, there are few things of which you need be cognizant.  Accommodations sell out quickly but you can check into an elaborate onsite luxury tent - set up for you and including 2 VIP passes for either weekend for only $7,000.  But, if that’s a little exorbitant for you, stop by 4 Wheel Parts and score your own camping paraphernalia for the camping adjacent to the grounds.  Don’t forget to pick up a cooler there too!


Carpooling to Coachella is unequivocally advocated.  In fact, if you breeze in with more than 4 people in your vehicle, you receive a sign that says, “Carpoolchella” and a secret spotter gives random festival carpoolers a life-time free pass to the event.  So, with the magnificent multitude in your car you’ll want it looking stupendous. Advanced Auto Parts has some fabulously funky seat covers that will make even a Kardashian booty say, “Am I cool enough to sit here?”

This party requires dozens of stages and thousands of pieces of equipment, all wonderfully synchronized into a well-oiled concert machine.  That might give some people a small case of electronic envy.  So, take advantage of 4 Wheel Drives’s Daylight Savings Sale, and procure a superchip programmer for your jeep.  Maximize the horsepower, customize the gauges and feel like you’re the leader of an intergalactic synchronized driving team.  It’s kind of like your own personal automotive mixing board.  And, it’s on sale through March 9th at midnight.

Don’t forget, it’s not just music. Coachella is also an art festival where you can gaze upon astonishing, eccentric and whimsical paintings, sculptures and other visual delights.  But you won’t see or hear any of it if you and your boogie shoes don’t get there.  So make sure your jalopy’s ready for the jump into the desert (and inevitable sojourn in traffic).  Auto Parts Warehouse has all the parts you need to keep your heating and cooling systems running perfectly.  And they offer free shipping so order today and be ready to dance the night away this April.

Have your machine ready to join Florence and the Machine for this year’s boisterous brouhaha.  Steely Dan will be there as will Jack White, Drake and even AC/DC will be rocking the stage.  Rumor has it they will be coming via the Highway to Hell.