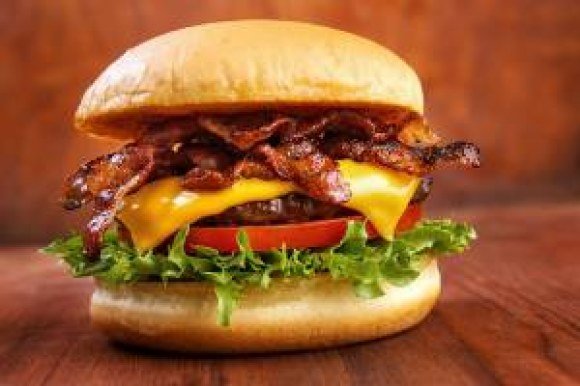 Fast And Furious (And Bizarre)

In America, we embrace our fast paced life, no-waiting culture and we readily admit that patience is a virtue most of us do not possess.

No wonder we have a hankering for fast food.  This conveyor belt industry in the United States includes in excess of 223,000 establishments.

But craving greasy, primarily non-nutritious meals is not limited to our stars and stripes nation. We now present some of the most outlandish food creations introduced worldwide in drive-through and on premise restaurants.

• Stuffed Crusts
o We love our stuffed pizza crust…extra cheese oozing from every bite. Would you be adventurous and consume Hong Kong’s Pizza Hut crust stuffed with a mixture of oozing cream cheese and fish eggs? The pie itself is topped with scallops, crayfish, clams and shrimp. Mouthwash rinse required after eating.

o The people of South Korea can “enjoy” a crust packed with dessert creams (cranberry or cinnamon apple nut and cream cheese filling).


o One business in Japan capitalized on the worldwide devotion to the Kit-Kat bar. Regretfully, the candy appeared slightly unappealing when garnished with whipped cream and orange peel between two slices of white bread.

o But if you encounter a conundrum between sweet and savory flavors, simply travel to China to get the “best” of both.  Dried Pork and Seaweed Donut is a treat at these foreign Dunkin' Donut stores.

• Bizarre Burger Buns
In our “land of the free and the home of the brave,” we crave our burgers in a bun. But there are some utterly wild concoctions that surround the beef patty that may be ill-conceived:


o Our friends in Korea have easy access to Fried Chicken buns. They can treat themselves to a beef patty topped with bacon, barbecue and white pepper sauces sandwiched between two fried chicken fillets. This fancy dish was also tested in our own neighborhoods, but it was an epic fail.

o In Japan, McDonald’s offers the Gracoro Burger which has a breadcrumb-crusted patty made out of macaroni, shrimp and a creamy white sauce.

o Also in Japan, Burger King offered a curious looking item served with black cheese (dyed with bamboo charcoal) and a black bun. It must have been well-received, as the black bun made it to the USA for Halloween. Side note - we have some awesome Spirit Halloween coupons.

o Not to be outdone, the lonely hot dog in the Philippines comes as a wiener wrapped in a fried chicken bun.

Many consider these wacky world delicacies proprietary and valuable.  These connoisseurs who create outlandish food combinations have an intense desire to protect their concepts from the prying eyes of competition during the development stage.

What a shame it would be for an unscrupulous opponent of this multi-million dollar industry to rob the next great McRib brainstorm.

Defending documents and data is a primary motive for both companies and individuals to install advanced anti-virus software.

The cyber world is constantly in flux. As the threats get worse, Norton security products just keep getting better. Norton is so dedicated to providing top-notched web safety that they make the bold promise of guaranteeing to help keep your computers virus-free, or they will actually provide you with a refund.  Improve your cyber-security by checking out our website for the latest Norton coupons and promo codes.