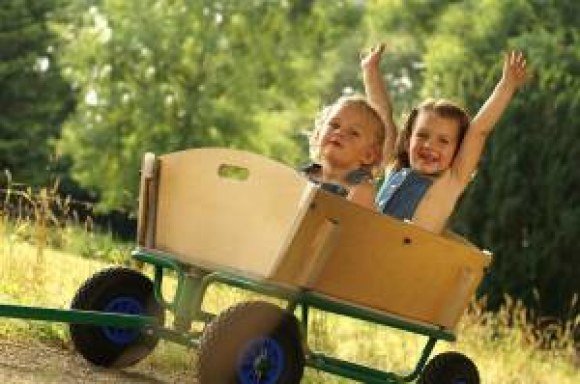 Find Just About Anything!

The annual list and ranking of the most popular baby names in America was released just this month. Can you speculate which monikers reached the pinnacle of this annual list?

According to the records, a multitude of “Emmas” and “Noahs” will fill the seats in future classrooms, as these two appellations topped the register of trendy names.

After hearing about the most common infant monikers, it got us to wondering about other useful and interesting “favorites” for kids.

1. Top Toy
The premiere child plaything that surpassed all others on the list of favorite toys was developed over 90 years ago.  Remember the Little Red Wagon?

A skilled carpenter who emigrated from Europe initially created little red wagons out of stamped metal. By 1923, he had saved enough money to establish the Liberty Coaster Company, and he proceeded to mass-producing the wagon for just under $3. He named the thriving object of his affection “the Radio Flyer” in homage to two of his beloved inventions of the time: the radio and the airplane.


2. Top Book
TIME magazine recognizes “Where the Wild Things Are” as the greatest book of all time for kids. This adventure originally published in hardback form with scary and exciting illustrations has inspired generations of children to use their imaginations and escape from life’s doldrums. It also has a wonderful and heart-warming message and demonstrates family love.


3. Top Nursery Rhyme
In a survey of 2500 parents coast-to-coast, Hickory Dickory Dock was designated as the favorite child rhyme of all time. It was followed closely by Little Miss Muffet and The Itsy Bitsy Spider, of course.


4. Top Comic Book
Is it a bird? Is it a plane? No, it’s the best-selling comic character of all time! It’s Superman with over 600 million dollars in sales.

Since the 1930’s, when television was only a dream, comic books have captured the fantasies of youngsters. Who hasn’t enjoyed the thought of possessing their own superpowers?

Meet Guinness Record holder, Bob Bretall. Bob, now in his mid-50s, has been collecting comic books since he was a wee lad of eight years old.

Now he retains more than 94,268 unique comic books and we are pretty sure Superman is in there somewhere.

Bretall’s massive collection weighs an estimated 8.3 tons, which is as much as 118 adult men. Bretall has said he will never sell any of his comics, and will preserve them for the next generation in his family.

These days you can find lists and rankings for just about anything simply by searching the world wide web.  The options are inexhaustible with Verizon’s unlimited data plan and superior coverage. You’ll have the endless opportunity to search for your favorite gizmo or annoying fact for hours and hours and hours.

And if you simply cannot get enough of surfing the web, remember that T-Mobile helps you “break free.” With T-Mobile, unused high-speed data rolls over to the next month without any effort on your part.