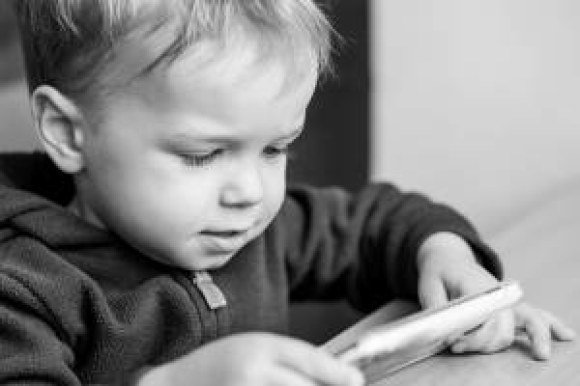 Shelby’s young toddler is at that special age where he explores and quite honestly, destroys everything in his path. No one wants to stifle his energetic sense of discovery, but some boundaries are becoming necessary.

The primary focus of this little tyke is to locate and play with the band new Smartphone Shelby procured from Verizon. She couldn’t resist this new electronic masterpiece.  She was actually paid by Verizon to recycle her previous phone when she purchased her new mobile device.  Good for the environment, good for the budget.

This mother of a rambunctious three and a half year old has tried every form of healthy discipline to remind her son that the Smartphone is not a toy and does not belong to him.  Not surprisingly, he hasn’t gotten the message.

What do you do with a precious little boy whose fun and games includes deleting photos of memorable events off your mobile phone?

The Plan
Shelby’s plan of action was to hide this technological device in obscure areas where no toddler would want to enter.

She tried numerous secret sites including…
1. the laundry basket… what kid (or any guy for that matter) seeks out dirty clothes?  Unfortunately, this child unearthed mom’s cell phone when he went to claim his favorite blankey that was scheduled to be washed.

2. …the kitchen cupboards.  Surely hiding a cell phone in the pots and pans would be discreet.  Regretfully, as Shelby was preparing dinner, this little guy decided it was time to employ a wooden spoon to pound away on the pots creating his own drum set.  Surprise!  He uncovered the Smartphone in the saucepan.

3. …her husband’s shoes.  She was convinced this was an excellent hiding spot since not only did her son stay out of dad’s closet, the shoes were stinky.  But a 3 ½ year old is always searching for new adventures and this tiny nipper decided to try on his dad’s shoes. Imagine his delight when he slipped on the footwear and came upon a mobile phone. He did look loveable, but it became a nightmare for mom.

4. …in the bookcase.  It slipped Shelby’s mind how much her young prodigy craved books.  He loves to sound out the letters into words and point to the pictures and say “what’s that, mom?”  So it should not have startled her when this preschooler ransacked the bookshelves and exposed the cell phone.

The last straw came when Shelby discovered her phone in the toilet.  It appears her adorable, beloved son had once again located the mobile phone and decided to experiment to see if it would float.

Shelby took a deep breath, gathered her son in her arms, strapped him in his car seat and together they went off to T-Mobile to purchase a fresh Smartphone. Upon arrival, she encountered a friendly sales associate who provided countless options for her purchase.  There were even pre-owned mobile phones available for significant savings.

Since this incident, Shelby locks certain apps so her son’s prying fingers cannot destroy any information or photos.  And she has determined that the only way to keep her son away from her communication device is to place it on a high shelf, away from temptation. He will have his own phone soon enough.