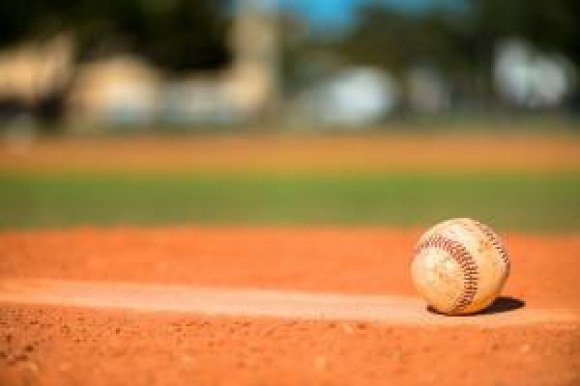 Take Me Out to the Ballgame

Is your job awesome? Or do you daydream about another position that would fulfill your childhood wishes?

Do you ever dream of a fantasy job like being a rock star or professional sports icon?  How marvelous would it be to have the responsibility of caring for a tropical island or testing water slides?

How about something a bit more realistic like designing and playing video games all day? Or maybe your vision features owning an ice cream shop and being able to consume as much of this summer delight as you desire.  Perhaps you make-believe you are a premiere chef in a 5-star restaurant.

Wouldn’t it be absolutely fabulous if you could combine these visions of your career?  For example, if you love to create recipes, you might yearn to have complete freedom to design bizarre, yet appealing food items for baseball stadiums.

Well, it is the beginning of the season for America’s pastime and if your passion is behind the scenes of the concession stands at the ballgame, then you will enjoy these top 10 treats coming to a ballpark near you:

1. Cleveland Indians: The Thomenator – So long traditional hot dogs.  This hot dog rookie is a tribute to Jim Thome who won two World Series with the team.  This new addition to the stadium menu features a 10 inch-long topped with sauerkraut, onions and three Pierogis. Pierogis are a delicacy originally from Poland, similar to dumplings.

2. Pittsburgh Pirates: Cuban Pretzel Dog - Nestled in a pretzel bun imported from Germany, this 12-inch dog comes topped with diced ham, house-smoked pork, mustard and house-made pickles. It could be called “heartburn in a bun.”

3. Texas Rangers: Choomogous – A stunning two-foot-long Korean barbecue sandwich served with spicy slaw and Sriracha mayo, and named for Rangers outfielder Shin-Soo Choo will be available at the Arlington ballpark. The Choomongous is sold with a carrying case, so this 24-incher can get back to your seat in one piece.

5. Milwaukee Brewers: Nacho on a Stick - Featuring a stick of beef, loaded with refried beans, rolled in Doritos, and then deep fried and drizzled with sour cream and cheese, the team’s concession chef stated his is new chow was developed people who love nachos, but “ don't want to get messy.”

6. Cincinnati Reds: Chicken Spice Box - It’s basically all the Buffalo wing stuff except the bones, served on top of fries in a box. Genius.

7. Detroit Tigers: Bacon and Eggs – Early game start time?  No problem for this legendary Michigan team.  A dish that models the deconstruction of bacon and eggs this signature item is highlighted by deviled eggs and fried jalapenos. It might be a little challenging to eat, but this salty delight includes a large slab of bacon. “It might be Detroit’s greatest innovation since the Model T.”

8. Houston Astros: Chicken and Waffle Cone – Perfect for on-the-go as you run back to your seat, this compact food item is best described as fried chicken inside of a waffle cone. And it's stuffed with fluffy mashed potatoes and topped with honey mustard. Utensils optional.

10. Arizona Diamond Backs Churro Dog – Every year this ball club announces one annual special hot dog that is available only for one season. This year, it’s a dessert dog that was designed with a cinnamon churro inside an éclair-like chocolate-glazed donut and split down the middle like a hot dog bun. It’s all topped off with three scoops of frozen yogurt, whipped cream and chocolate and caramel sauces. Brain freeze.

So don’t just settle for any job.  Innovative and unusual careers are always searchable on Monster.com.  Take the leap and follow your fantasy of exploring out of the ordinary positions that fulfill your passion.