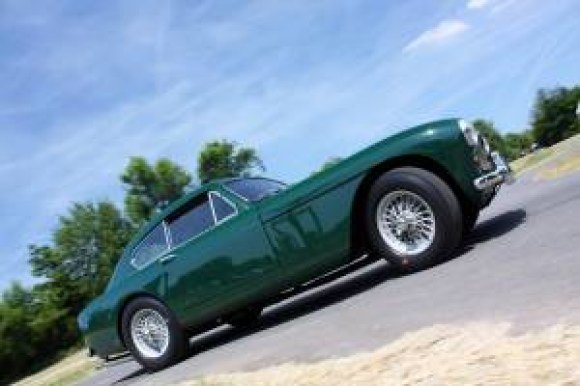 The Most Memorable Cars From The Silver Screen

Americans love our cars.  Nowhere is this love affair more evident than in Hollywood.  On the big screen, automobiles are often characters in their own right and just as important to the plot as the actors. From super hero worthy sports cars to tatters family station wagons these are the most famous cars to come out of Hollywood, so buckle up and let’s take a road trip down memory lane.

The Oldsmobile Truck from The Beverly Hillbillies:  Whether you saw the black and white television show or the newer movie, who can forget the topless trunk that the Beverly Hillbillies drove from the Ozarks to Hollywood.  That truck was loaded down with everything from the family dog and piles of quilts to grandma’s rocking chair. The oil barons made it just fine, but their cross-country ride would have been a lot more comfortable if they had picked up a lockable storage box from 4 Wheel Parts.

The Wagon Queen Family Truckster from National Lampoon’s Vacation:  Clark Griswold may have had his heart set on a fancy new car for the family road trip, but he ended up with pea green station wagon. It may have been ugly, but that car survived everything from vandals to having dead Aunt Edna strapped to the top. Since the car appeared in several later movies we can only guess that Clark popped over to Advance Auto Parts for some car shampoo and wax to give the wagon some much-needed TLC.

The Mercedes Convertible from The Hangover:  In one of the funniest movies of the past decade, the wolfpack hops into a pristine 1969 Mercedes Benz Cabriolet convertible. During the wild weekend the two friends and their awkward tagalong put the car through some tough paces by losing and crashing it. But, the really tragedy happens when they shove a tiger in the backseat. The wolfpack will definitely need to stop by 4 Wheel Drive for some new seats and floor mats to replace the ruined interior.

ECTO-1 from Ghostbusters:  When the motley group of scientist started their ghost hunting business in the old firehouse they picked up an old ambulance for just $4,800. It was a steal, and according to Ray he only needed to repair the suspension, shocks, brakes, brake pads, lining, steering box, transmission, read end, rings, muffler and a little wiring. That had to be one massive shopping trip to Auto Parts Warehouse. It paid off though because ECTO-1 faithfully hauled all their proton packs and ghost traps around New York City for two movies.

Ramp up your next project with an Advance Auto Parts coupon.