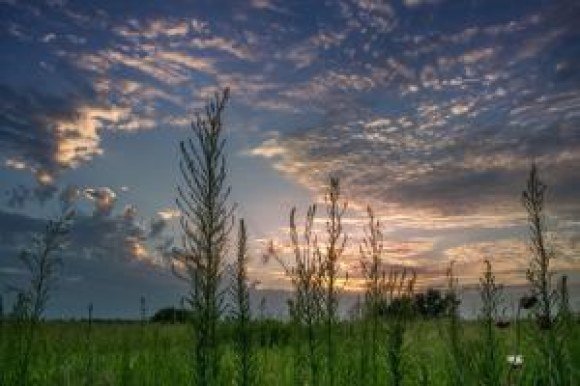 Have mammoth amounts of family fun in Nebraska.  Nebraska isn’t always listed among the top-tourist trap states, but it has all the trappings of the old West and a few surprises to boot.  Whether you’re a rhinestone cowgirl, a budding paleontologist or mesmerized by some of the state’s geological wonders, Nebraska deserve a spot on your short list for your next great American excursion.  We’ve got great shoes to take your across Nebraska too.

The state fossil of Nebraska is the mammoth, the ancestor of today’s elephant.  In the 1960s, workers in Nebraska unearthed intact remains of two giant Ice-Age mammoths, their tusks locked together — a vestige of the battle that doomed them both.  Paleontologists hypothesize they were fighting over a mate.  The mammoth remains are kept in Crawford, Nebraska.  Thankfully, we’re not in the ice age anymore, but you’ll want warm, sturdy shoes to peddle about the museum in.  That’s why we like the Chuck Taylor All Star Dainty Shearling.  It’s wooly and tough in case you need to lock horns—or tusks.  You won’t spar over the price though.  Converse offers free shipping on any order using our codes.

Ogallala is home to the Front Street and Cowboy Museum. If want to get experience the hardscrabble, rough and tumble days of the Old West,  check out the Crystal Palace Review.  The Crystal Palace Review has its roots in the '60's with gun slinging, dance hall girls and fabled country western ballads.  Scope out the museum too, sporting Boston Proper’s Embellished Fringe Boot.  You’ll feel like a sassy saloon siren in no time.  Boston Proper offers 10% off when you sign up for emails, so take advantage of those savings.  No need to duel over paying high prices.

The Kregel Windmill Factory Museum is the last intact, historic windmill factory in the United States.  The factory looks the same today as it did in 1939 and operated for 112 years in Nebraska City.  Not only a glimpse into American manufacturing, a visit also teaches the tots about wind power, something we’ve actually been harnessing for a long time.  Want an even deeper dive into the past?  Join them in late August for their annual Speakeasy and imbibe Prohibition-era cocktails.  The limited edition Karisa boot by UGG is great for winding around the windmill factory and pondering yesteryear.  UGG offers free shipping and free returns on all orders using our codes, so even though you’re shopping online, it will feel like you’re getting old school service.

With a little research, you’re sure to find plenty to do in Nebraska.  Whether you’re interested in mating mammoths, the Old West or any of the plethora of other attractions, you’re going to need great shoes.  We have mammoth savings for our when you use our codes.