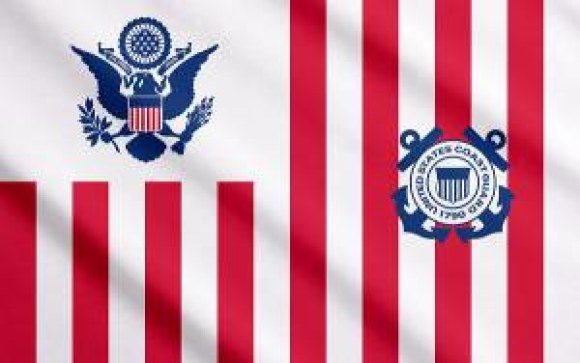 Happy U.S. Coast Guard Day!  Founded by Alexander Hamilton as the “Revenue Marine” in 1790, the Coast Guard is the oldest continuously going sea service in the United States, whose original purpose was as the collector of customs duties in the nation's seaports.  The modern Coast Guard was formed by a merger of the Revenue Cutter Service and the U.S. Life-Saving Service in 1915, under the U.S. Department of the Treasury. As one of the country's five armed services, the Coast Guard has approximately 42,000 men and women on active duty, 7,900 reservists, 32,000 auxiliarists, and 8,700 full-time civilian employees. In terms of size, the U.S. Coast Guard by itself is the world's 12th largest naval force.  To celebrate the Coast Guard, we’ve got some apps to recommend to Coasties.

The Coast Guard’s motto is  Semper Paratus (English: Always ready) and you’ll always be ready with the right phone with the right apps from T-Mobile.  You’ll always be ready for duty when you use your Samsung Galaxy S6 from T-Mobile.  Dive into the Google Play Store and peruse the US Coast Guard Fitness Calculator app by Crash Test Dummy and adorn your phone with Coast Guard Wall Paper by BaxBox.  It’s easy to guard your finances when you’re a member of The Guard using our codes with T-Mobile.  You’ll get free shipping using our codes.

Would-be Coasties should investigate the ASVAB Practice Test Quiz app in the Apple app store and Navigation Rules Pro, for boating.  Every year, 500,000 jockey to be recruited by the Coast Guard.  Only 3500 make the cut, and many of them have utilized USCG Boot Camp app by Absorbed Info to hone that competitive edge.  Get a competitively priced IPhone from Verizon using our codes and enjoy 50% off accessories.

From sea to shining sea, we hope that you enjoy U.S. Coast Guard Day, Coasties.  If you know someone in the Coast Guard, give them hug.  The Coast Guard is an important part of our national security.  Treat a U.S. Coast Guard member or a recruit to a new smart phone from T-Mobile or Verizon and save using our codes.