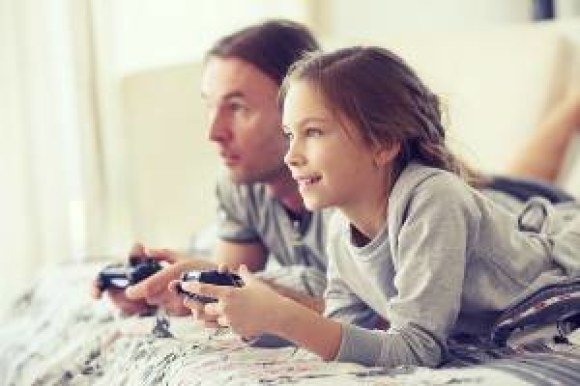 If you are feeling any pangs of guilt from the large array of video games you purchased this holiday season for the younger members of your family, there is now evidence that you may have actually helped them become smarter.  A new study finds that video games, specifically 3-D entertainment, may boost brainpower.

Researchers decided to investigate this theory on college-age non-gamers.  The investigators tracked these non-gamer university students who played either a 2-D or 3-D video game for 30 minutes a day for a period of two weeks.

Their published research in The Journal of Neuroscience revealed that:

• After playing 3-D video games the students did better on memory tests
• Memory performance among those who played the 3-D game improved about 12%, the same amount that memory normally declines between ages 45 and 70
• Participants improved their ability to form memories , recall crucial events and perform basic functionalities
• Results disclosed that exploring a new place in a video game helps the brain remember and “problem solve”
• These memory benefits were interpreted by the scientists as helping the brain as it ages

The study, funded by the reputable U.S. National Institute on Aging demonstrated that "the 3-D games have a few benefits for the brain that the 2-D ones do not,” such as:

1. 3-D games have more spatial information to explore
2. These games required a little more problem solving
3. 3-D programs are much more complex, with a lot more information to learn than 2-D games

To receive the most advantages from these brain-supporting conclusions, a top-notched electronic device is essential. T-Mobile offers the latest devices to support all of your gaming.  T-Mobile has amazing deals on technology gadgets with powerful processors and built-in Wi-Fi capabilities that allow kids of all ages to enjoy playing on-line games like never before. And the deals from promocodesforyou.com for T-Mobile make the purchase even easier.

Verizon boasts the advantage of their faster speeds that take your game to the next level with their network technology for Internet and entertainment. Verizon even offers mobile gaming accessories and toys for your smartphone or tablet.
So rest assured that your purchase of stimulating games may actually be helping the future generation with superior brain power!